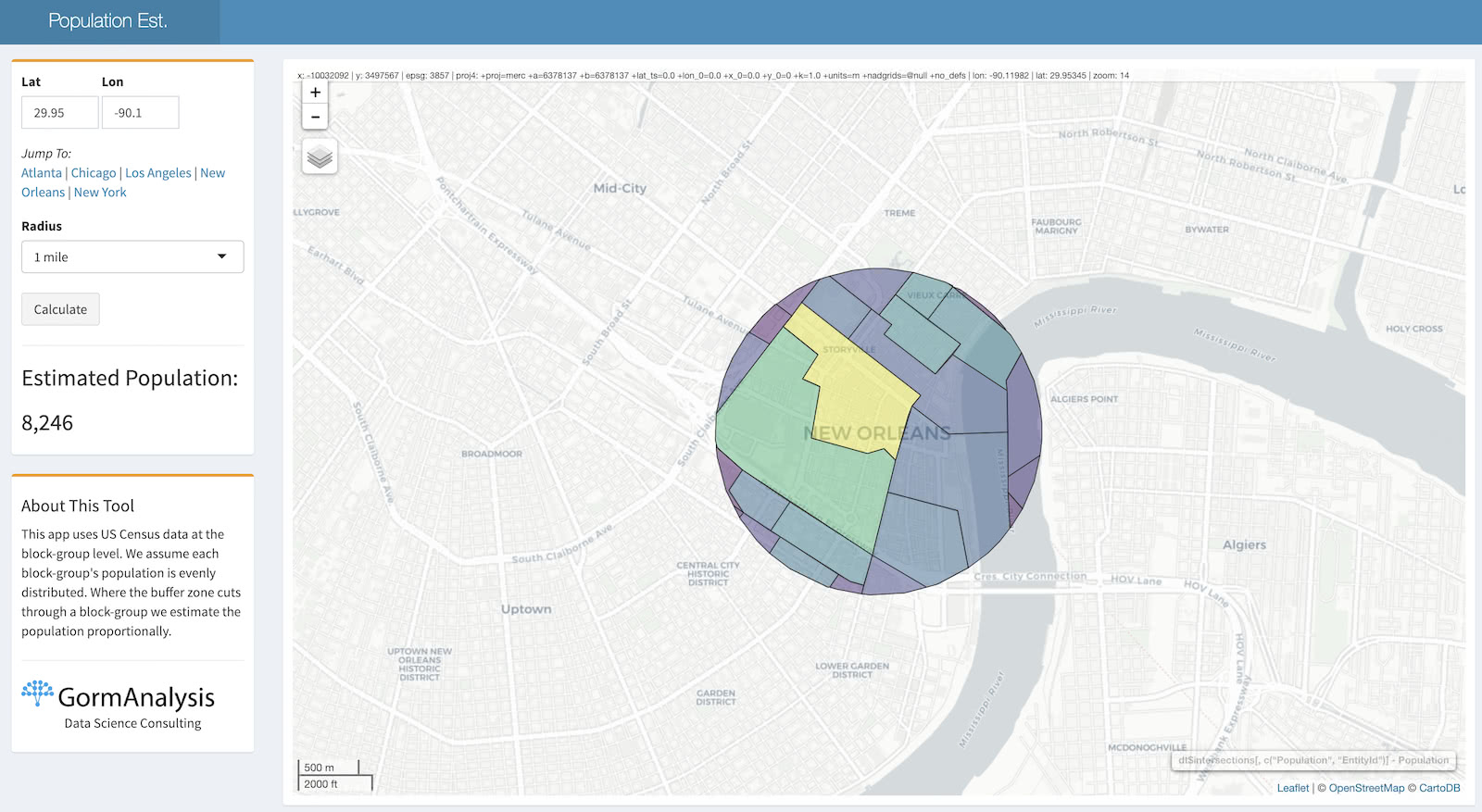 This Shiny web app let’s you estimate the population within X miles of a point in the United States. It was motivated by a task that involved predicting the performance of new site locations for a grocery chain. Obviously population around each potential new site is an important feature, but determining those populations is not as simple as it sounds.