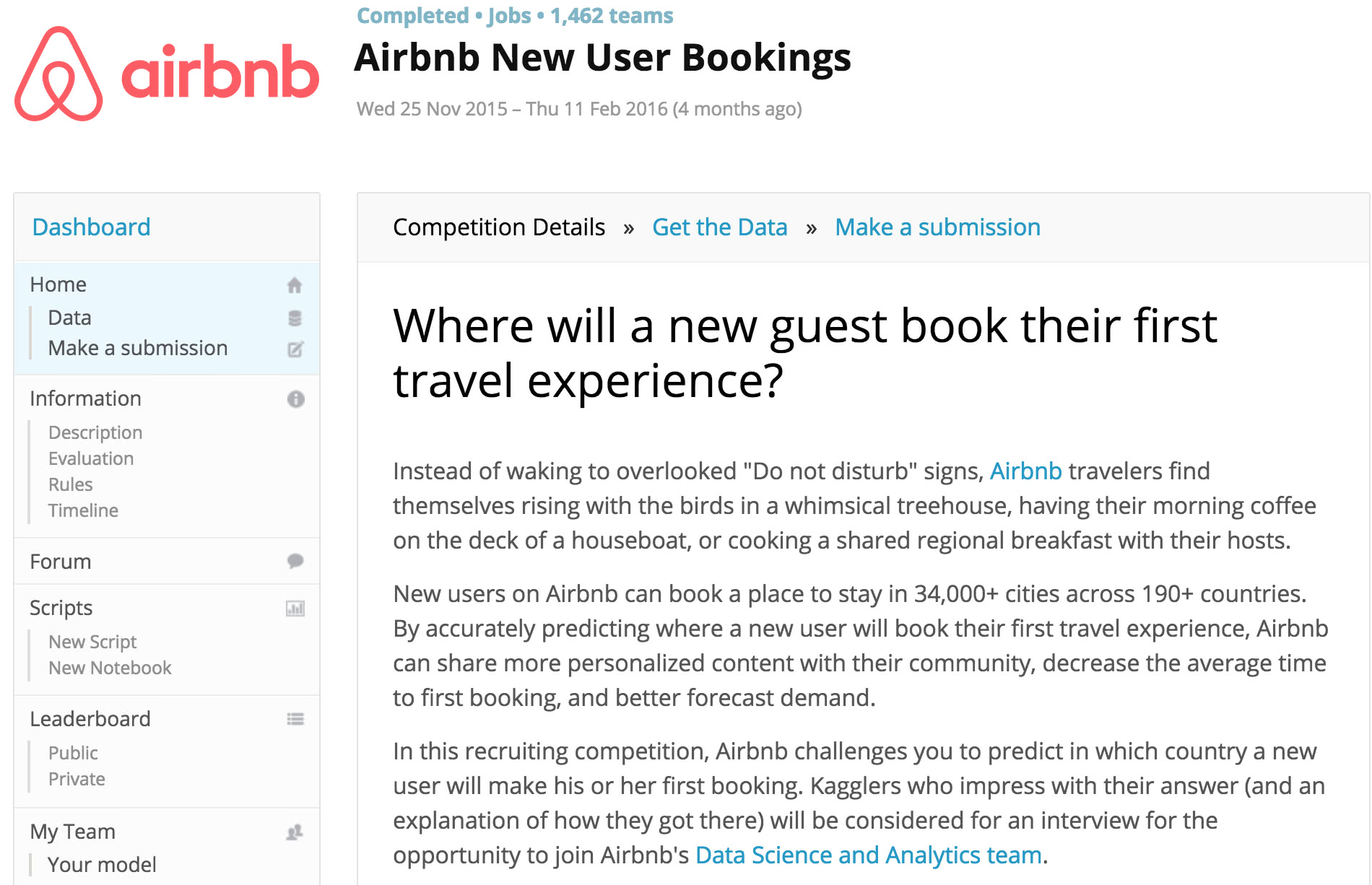 In November 2015, Airbnb challenged data scientists to predict in what country a new user would make his or her first booking. The data consisted of new user attributes like age, gender, signup method, and browser along with some user session data. The competition was hosted by Kaggle and included 1,462 teams.